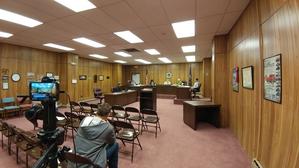 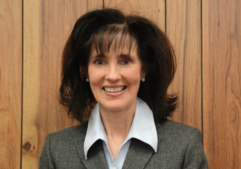 Do you have the desire to lead your community?

If you are interested in running for Garnett City Commissioner, please note the following requirements:

​INTERESTED IN SERVING?  The City of Garnett Commission meets the second and fourth Tuesdays of each month at 6:00 p.m. Additionally, special meetings, as well as joint city/county meetings, are held throughout the year at times and dates to be determined. City commissioners are required to attend all meetings as necessary to carry out the business of the city.  The current salary for serving as a Garnett City Commissioner is $450 per month.  The mayor receives $500 per month.

Tell us a little about yourself -

A little about me, I was born and raised in the Garnett area.  On March 3, 2019, I received a heart transplant at St. Luke's on the Plaza. I received a great deal of support from our lovely community. I really believe that this is the best little town in Kansas.

Why do you want to be a Garnett City Commissioner?

I believe I would make the best candidate to represent you because I am passionate about looking out for your best interest. I have survived 10 heart attacks and a heart transplant. So I am a proven fighter.

What do you see as Garnett's greatest needs?

One of our greatest needs is fixing some of the infrastructure, slowly as not to raise taxes, we can do preventive maintenance as much as we can. We also need to figure out ways to bring in revenue so we don't have to keep raising taxes all the time. We need to look at drainage problem at 1st and Maple. When we get heavy rains it floods there something awfully bad. I know Chris has been working on that issue for a couple of years now.

What do you see as Garnett's greatest assets?

This is simple to answer: CITIZENS. We have some of the best people on the planet. Our lovely community sticks by each other. There are many times you will see bake sales and fundraisers for different things. It is wonderful. Then our lake and parks. They are gorgeous. Our city crews do a great job keeping up with them. Our businesses. They take the time and their skill to help out our town. They are amazing.

This is a little about me. You can see more on Verity Seeker Facebook page.

Thank you for your time.

City residents cast their ballots for the November 3rd General Election and chose Cody Gettler to serve on the Garnett City Commission. The City Commission seat up for election is currently held by Mayor Brigitte Brecheisen-Huss. Mr. Gettler will be sworn into office in January, 2021.

For details on other Anderson County election results, please visit: 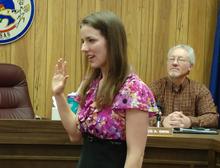 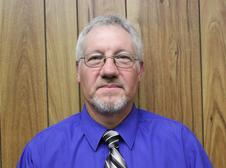 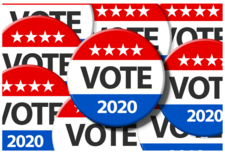 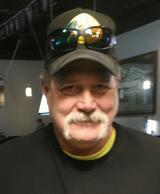 My name is Cody Gettler and I’m a candidate for the Garnett City Commission. I’m 24 years old and grew up in Garnett graduating from ACHS. During my high school years, I became involved in several community organizations. One accomplishment was helping to create the Youth in Government program and held that position for a year and a half, attending all city commission meetings and budgeting workshops where I got to learn first-hand about the many facets of the city’s operation.
Post-graduation I attended the University of Kansas and graduated with a Bachelor’s degree in Business Management and Entrepreneurship. After graduating from KU, I had the opportunity to move back to Garnett working in a satellite office for a merger and acquisition consulting firm; Baker Group. I also obtained my insurance license and work out of the same office for Sho-Mor Financial.
I made the decision to run for Garnett City Commission because I’ve always been interested and involved in city government and leadership. I’m currently serving on Economic Development Board which I have learned a lot about and downtown revitalization, supporting local small businesses and bringing in new industry.
I’ve attended all but 2 city commission meetings since January and have visited with several department heads and have had several meetings with the City Manager which has given me a very good idea of what issues Garnett will be facing in the near future and where my focus will be if elected;

Garnett has many valuable assets, amenities and also several issues that we are facing in our community and we need a motivated, idealistic, and business-minded person to help provide a dynamic perspective on the commission to address the many decisions that will be made for the community over the next few years.
I hope to have your vote of confidence on November 3rd.
Cody R. Gettler 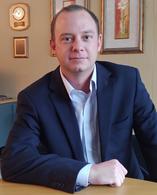 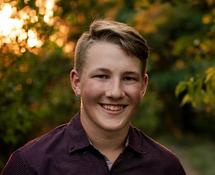 JOIN US: City Commission Meetings are held at 6:00 pm on the second and fourth Tuesday of each month at Garnett City Hall, 131 West 5th Avenue, Garnett, Kansas.