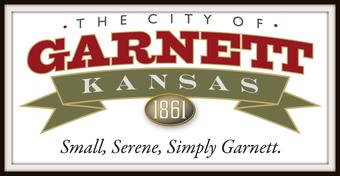 Every face tells a story, and every face has a name.  Each person’s experience is vastly different from the next, but each story is vital to understanding our past.  The men and women recognized tonight have stories left to tell.  Some will be full of laughter, some full of tears, but each story is important.  Each story deserves to be told. - Chelsey D'Albini

The yellow ribbons found on banner poles this year signifies a story about these brave men and women. Please visit the Garnett Remembers Patriotic Banner Project Area and look for these Yellow Ribbon honorees. Next year, we will pay tribute to another selection of banner honorees.  Click on the QR Code (or weblink) below for the entire stories.

​Special thanks to Chelsey D’Albini and Kris Hix for their help on the Yellow Ribbon Tribute.

Garnett Remembers started in 2016, is a very special community project that has brought together residents and extended family members from across the United States to recognize and the selfless sacrifices of these individuals whose faces adorn each banner.

The banners are exhibited throughout Garnett on city utility and light poles. Military men and women who have served the United States Air Force, Army, Army National Guard, Coast Guard, Marines and Navy with ties to Garnett and Anderson County are represented on these banners that will proudly fly from prior to Memorial Day weekend through Independence Day (July 4), and will not be removed until the end of July.
There are 320 banner honorees in all on 313 banners. The Garnett Remembers patriotic banner project, while facilitated by the Garnett Community Development Department, is made possible through the Garnett Community Foundation, with great emphasis on the work performed by City of Garnett Electric Department employees.