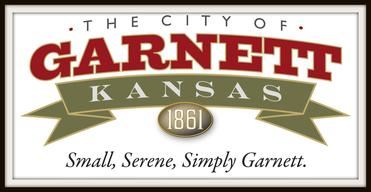 When is Court in Session?

Garnett Municipal Court is in session the second Thursday of each month in the courtroom/ commission chambers located inside Garnett City Hall, 131 W. 5th Avenue. Court begins at 3:00 p.m.

About the Municipal Court 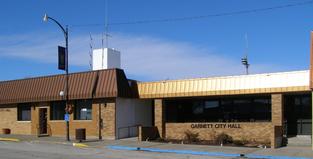 Municipal Court is the judicial branch of the city government.  Traffic infractions and violations of City Ordinances are tried in Municipal Court, and upon conviction carry a maximum fine of $2,500 and a possible jail term.  Trials are conducted under the Code of Criminal Procedure, Code for Municipal Courts and the Kansas Rules of Evidence as adopted by the Kansas Legislature. Your presence in Municipal Court is perhaps your first appearance in any court. This website has been prepared to help you understand the Court proceedings and to inform you of your rights and duties.  We want every person to leave this Court feeling he or she has been treated fairly.

Right to an Attorney
In any case before the Municipal Court you may hire an Attorney.  Only in cases where a jail sentence may result are you entitled to a court appointed Attorney.  If you want a court appointed attorney, you must complete a financial affidavit.  If the court finds you are financially eligible the court will appoint an attorney for you from the Municipal Court Panel.  You do not get to choose your attorney.

IT IS YOUR RESPONSIBILITY TO KEEP IN TOUCH WITH YOUR ATTORNEY!
If you are found guilty of an offense all or a portion of the Attorney’s fees may be assessed against you.  A court appointed Attorney is not a free attorney. You may choose not to have an attorney by signing a written waiver of your right, stating to the court that you understand your right to have an attorney but wish to proceed without one.

City Attorney
In the Municipal Court, the City of Garnett is represented by an attorney, the City Prosecutor, who represents the interests of the city.  The City Prosecutor cannot provide legal advice to litigants in the Court.   The current City Prosecutor is Terry J. Solander.  He can be contacted through the Court Clerk, (785)448-5496.  The City Prosecutor’s e-mail address is solander@embarqmail.com.  The City Prosecutor cannot discuss pending cases with defendants if they are represented by an attorney, either appointed or retained.  Kansas law provides for diversion of first-time DUI’s and therefore our court does offer diversion agreements for qualifying first-time DUI offenders. Serious traffic violations and other misdemeanors may also qualify for diversion. Some people who receive other types of traffic tickets are interested in applying for diversions in an effort to keep the traffic infraction off their driving records.  The City Prosecutor does not have such a diversion program, but does sometimes amend the infraction to a “non-moving” offense, which will have no impact on a driving record.  If you are interested in this possibility, you should come to court on the appearance date shown on your ticket and let the Clerk or the Judge know of your interest in this possibility. If any such amendments are granted, the fine and costs  must be paid for in full (no installment payments).

Information for Attorneys
The City Prosecutor has an “open file” policy in regard to discovery.  If you will include a written request for documents when you file your entry of appearance, the Clerk will forward the request to the City Prosecutor.

Before Court Begins
You must decide upon and enter a plea to the charge against you.  If you signed a citation in front of an officer, you did not plead guilty, but only signed a promise to appear in court on your appearance date.  There are three possible pleas to a complaint:

Your decision on what plea to enter is the most important decision you will have to make.  We suggest that you read the following explanation of all three pleas before entering your plea.

Plea of Not Guilty
A plea of NOT GUILTY means that you are informing the Court that you deny guilt, and that the case will be set for trial at a later date. The City must prove its charge against you.  If you plead NOT GUILTY you will need to decide whether to employ an attorney to represent you at trial.  You may defend yourself, but no one else except an attorney may represent you.  However, if you are a minor (under 18 years of age) one of your parents should be present.  If you defend yourself, please consult the section of the website regarding the trial procedure and the manner of presenting your case.  Under our American system of justice, all persons are presumed to be innocent until proven guilty beyond a reasonable doubt.  On a plea of NOT GUILTY, a trial is held and the city is required to prove all the allegations against you in the formal complaint beyond a reasonable doubt before a verdict of guilty can be reached.

The Trial
Under Kansas Law you can be brought to trial only after a complaint or citation has been filed. The complaint or citation is a document that alleges what you are charged with doing and that your actions were unlawful.  You have a right to inspect this complaint before trial and have it read to you at trial.  You DO NOT have the right to have your case tried before a jury in the Municipal Court.  You are entitled to hear all testimony introduced against you.  You have the right to testify on your own behalf.  You also have a constitutional right not to testify.  If you choose not to testify, your refusal cannot and will not be used against you in determining guilt or innocence.  However, if you do choose to testify, the prosecutor will have the right to cross-examine you.  You may call witnesses to testify on your  behalf.  You also have the right to have the Court issue subpoenas for witnesses to ensure their appearance at trial.  You must furnish the names, addresses, and telephone numbers, of these witnesses to the Court at least ten working days before your trial date so that the witnesses may be located and the subpoenas served.  The court will only serve subpoenas within the City of Garnett, any service outside the city will be your responsibility.

Presenting the Case
As in all trials, the city will present its case first by calling witnesses to testify against you.  After the prosecution witnesses have finished testifying, you will have the right to cross-examine him/her.  Your examination must be in the form of questions and you must not argue with the witness.  Do not attempt to tell your side of the story at this time.  You will have the opportunity to do so later in the trial.  After the prosecution has presented its case, you may present your case.  You have the right to call any witness who knows anything about the incident, and to introduce exhibits such as photographs and diagrams.

The Verdict
The verdict of the Judge will be based upon the testimony that sounds most reasonable and the facts presented during the trial.  In making a determination, the Judge can only consider the testimony of the witnesses who are under oath.  If the Judge finds you guilty, the Court fixes the penalty at that time.  You should be prepared to pay the fine at this time.  However, you may be granted an extension of 14 days to appeal the Court's ruling.

Right to Appeal
If you are found guilty of any offense, either by trial or plea, you ALWAYS have a right to appeal your conviction.  An appeal must be filed within 14 days of the date of your sentencing. You should file a Notice of Appeal with the Clerk of the Anderson County DISTRICT Court at the Courthouse and serve the City Attorney with a copy of the of the Notice of Appeal.  A sample of the Notice of Appeal follows.  You are responsible for completing and filing the Notice of Appeal as well as paying all applicable costs and fees.  The court staff is prohibited from assisting anyone with any legal matter. Sample Notice Of Appeal .

Expungement
You have the right to have your Municipal Court Conviction Expunged 3 or 5 years after your case is completed.  Whether the time is 3 or 5 years depends upon the nature of the offense.  An Expungement removes your conviction from the public record.  After Expungement if you are asked if you have been convicted of a crime, you can honestly answer “No.”
To obtain an Expungement you must file a Petition For Expungement with the Court If you are found to be eligible for Expungement, the court will order the same.  It is suggested that you retain an attorney to help you with the Expungement process.  You are not entitled to an appointed attorney for an Expungement.  You may undertake the process without an attorney, but the process is complicated and the court staff is prohibited from assisting you with this or any legal matter.

Fines
The amount of fine assessed by the Court is affected by facts and circumstances of the case.  Mitigating circumstances may lower the fine, even if you are guilty.  However, aggravating circumstances may increase the fine.  The fine will not exceed $500.00 for most traffic violations; and up to $2,500.00 for convictions involving driving under the influence of alcohol or drugs and general misdemeanors.  Fine Schedule

Accident Cases
The Garnett Municipal Court has no jurisdiction over damages caused by auto accidents.  Settlement of damages is a matter for the civil courts to decide.  In order to recover any damages you will have to file a separate civil suit in another court.  Municipal Courts hear only criminal misdemeanor cases involving violation of City Ordinances.

Driving Under the Influence
On a first offense of Driving Under the Influence of Drugs or Alcohol (DUI) you may be eligible for a Diversion.  Kansas State law only allows a DUI Diversion for a first offense.  If you have a prior DUI or a prior diversion for DUI you are not eligible.
A Diversion Agreement may be offered by the City Attorney. You may request a Court appointed attorney for a DUI Diversion if you cannot afford an Attorney.{See Right to Attorney above}

No Proof of Insurance
All proof of automobile insurance will need to be presented to the Court no later than the day of the individual’s initial arraignment. If you can provide all of the necessary documentation showing insurance was in force at the time the ticket was issued, the City Attorney will be able to dismiss the charges.

Suspension Due to Unpaid Fines
If your drivers/s license has been suspended due to unpaid fines in the Garnett Municipal Court, please contact the Municipal Court office in person or by phone.

Suspension Due to Other Reasons
If your driver’s license is suspended for any reason other than unpaid fines in the City of Garnett, you must contact the Division of Motor Vehicles (DMV), or the court in which the fines remain unpaid, or both. The contact information  for the DMV is: