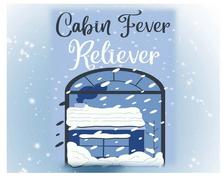 Visit the Garnett Public Library today to learn how you can become involved.

Join the Friends of the Library!

Storytime is held through the school season, while school is in session, with additional events held during the summer. All preschool children are welcome to attend each Tuesday at 10:00 a.m. in the Archer Room at the Garnett Public Library. 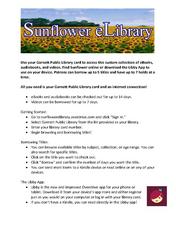 Tune in to Storytime and other library inspirations found there. 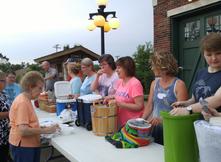 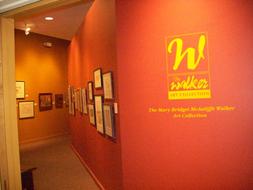 The library resources for those not venturing out: 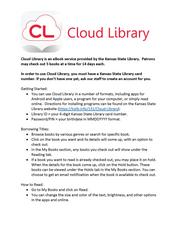 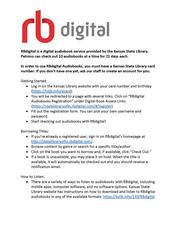 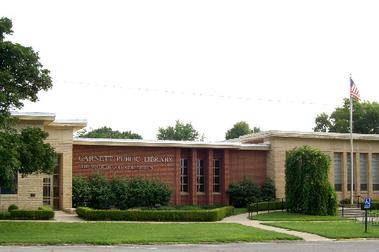 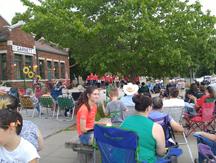 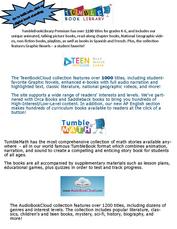 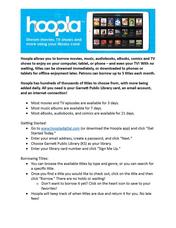 A group of Garnett club women formed the Women's Library Association in 1910 and from the work of that group, the Garnett Public Library was established in the spring of 1912 as a municipally owned and supported institution.  Books from an early-day attempt in the 1880’s to start a library, and from a later effort of the Y.M.C.A., had been kept in storage and were used to form a nucleus of the new library. It was established in the upstairs rooms over what was then the National Bank of Commerce. This building at the corner of Fifth and Oak was most recently occupied on the ground floor by Sisters Antiques.

In the early months of the library, members of the club took turns serving as librarians. In March, 1912, the city took over the library and it has been supported by tax levy since that time. Miss Nannie Hunter was the first salaried librarian and there were 1,000 volumes and 50 membership cards.

In 1968 a new building was constructed at a cost of approximately $150,000.  Garnett voted a bond issue of $75,000.00 and the remainder of the funds was from federal participation through grants and donations from individuals and groups.  In 1968 the library had over 20,000 volumes, plus periodicals and newspapers.

The library was first automated in 1998.  At about the same time the library got its first public access internet computers.  Interlibrary loan became more efficient through the use of the state library online catalog.

In the fall of 2001, the library building was enlarged.  This addition doubled the size of the present building and allowed for an expanded children’s section, an art gallery for the Walker Art Collection, a public meeting room, handicap accessible bathrooms, community display space and much needed storage space.

In 2009, a new automation system was installed that allows our patrons to access our card catalog via the internet.  The Garnett Public Library is now part of a consortium of libraries from throughout the Southeast Kansas Library System, which currently has 30 members.  This enables library staff and patrons to easily place holds on books and other material, resulting in very quick receipt of the item.  Patrons can place holds, renew items and check their accounts all from the convenience of their home.

Currently the library has over 1900 patrons and over 36,000 materials in various formats.  Gone are the days of only being able to check books out at the library.  Today, you can check-out books, movies, puzzles, audio books, puppets and magazines.  The library has 7 public access internet computers and wi-fi.   The state library has many databases that our patrons can access for free as well as downloadable audio books.  The library also offers fax and copy services.  Visitors can also view the Walker Art Gallery, peruse the community display hall to see what latest local talent is being shared and view the current collection in the display case

The library has many fun and educational programs for all ages to enjoy.   Each winter the Adult Reading Program provides incentive to read, as well as lots of fun.  Storytime is held weekly at 10:00 on Tuesdays during the school year.   The summer reading program is always a hit with the kids and keeps their reading skills sharp over the summer.  Last year we had over 160 kids participate.  Each fall we participate in the statewide Kansas Reads to Preschoolers program.  This year we were able to give books to 160 children, thanks to the generosity of the Friends of the Library and other community organizations.

The Library is very fortunate to have an active and enthusiastic Friends of the Library group.  Most of the programming is funded by the Friends.  Each year they give several thousand dollars to the library and numerous hours of volunteer service. Some of their annual events include the Holiday Homes Tour, the book sale, and the ice cream social.

Click here to learn all about the winter activities and events happening at the Garnett Public Library!

Friends of the Library Newsletter